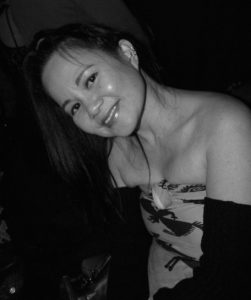 “FEARFULLY AND WONDERFULLY MADE”

Meian is a creative, prophetic Fashion illustrator, Designer and Fashion Stylist . Here is her story.

Though she never studied Art, Meian started drawing at the tender age of seven. She discovered the gift in her and began trusting the Holy Spirit to teach, lead her to illustrate  and design witty fashion ideas.

Meian then told God that she wanted to use her gift to Glorify Him.

One day while Praying and as her hands were held out, Meian felt God drop something into her hand and heard Him say that He was giving her a seed. (A Seed is the invisible photograph of a desired miracle, goal or dream) She took that seed and began writing down her vision and then formed her business ONWORD as Habakkuk 2:4.

Later on, God told Meian that people were going to come to her to look for the latest fashion in the “Word” as they went to the prophetic artist who has the ability to paint the future called Isaac Mendez from the film “Heroes”. The only difference is her source is God!

Meian has a heart for the community and loves supporting up-and-coming artist as she wants them to discover their unique gift, as God has done for her. She has successfully organised high-profiled charitable events and raised money to help the poor and needy in Africa and other parts of the world.

On 22nd May 1999, Meian put together a creative fashion event “Charity Fashion Show”at the Kensington Roof Gardens in London with her friend Rebecca to raise funds for a children’s hospital in China. It was an awesome experience as a team of people from different background in the fashion, music and performing arts industry worked hard together to make it happen!

Later in 2001, Meian sold her first collection in a Pop-up shop in Fulham for which she teamed up with a few other up-and-coming creative brands she met from “Face2Face”. She named it “FramedByTheWord” and it was an amazing learning experience for the whole team.

On 8th August 2009, working alongside a friend, Meian put together a fashion, music and art event called Victory 09, which profiled up-and-coming local talent in the area, helping to raise money for three different charities – “Streetstyles”, a charity for the homeless , “CINI UK”, a charity for mother and baby, and a third charity for African street children.

On 10th February 2012, Meian co-planned with a team “Shine with Inc!” for a fashion event entitled “Catwalk Melody”. The event, headed by Meian’s unique designs and other amazing up-and-coming talented people, helped raise money for the building of Meian’s former church, “El Shaddai” in London.

On 18th August 2014, Meian put together a team and styled a magazine fashion shoot to help promote talented young fashion designer friend of hers.

On 2nd December 2014, Meian put together another team of creative talents and styled another fashion shoot, “Garden Christmas Party” .

Meian wants to continue lifting up the standard of fashion and is now designing and selling clothing and products with her witty peculiar illustrations.

Most of Meian’s private clients are people who can’t draw but have great ideas, so Meian sketches them, helping them to turn their ideas into a productive, manufactured, fashionable clothing line.

Meian is passionate about her business ONWORD as she knows that what God put in her will change lives!

“Fearfully And Wonderfully made” by ONWORD© means that we are Ethical and our clothing/products are Unique/Peculiar and Specially made just for you when you order. No two designs are identical! We have a zero tolerance of slavery and human trafficking.